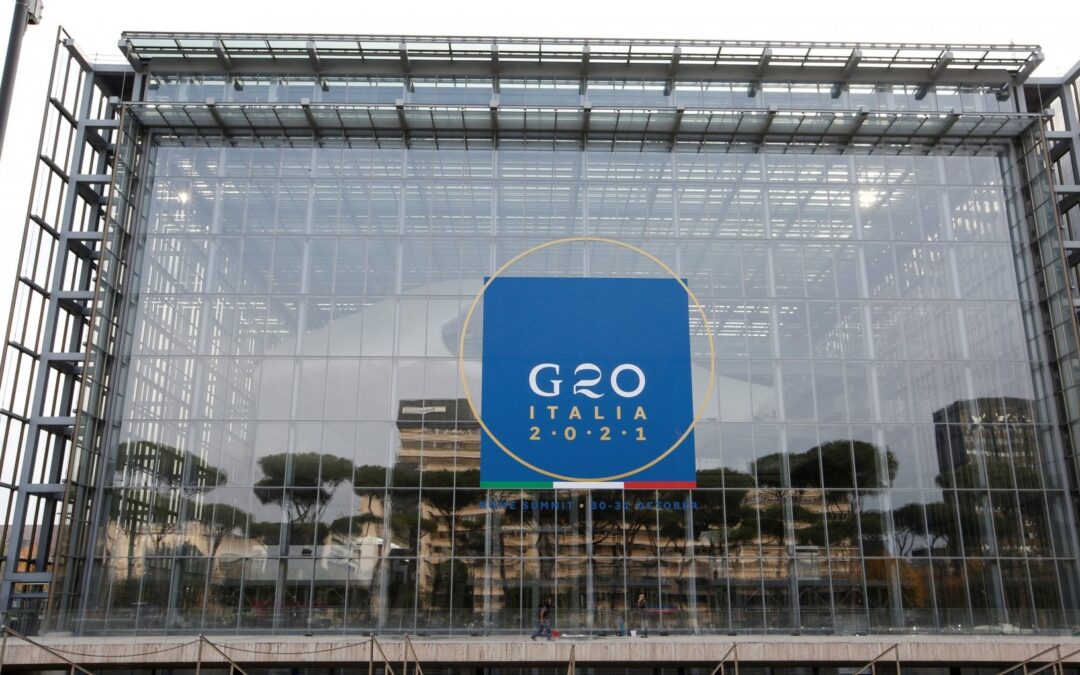 On October 30th and 31st, the G20 Leaders’ Summit took place in Rome. The Leaders’ Summit is the culminating event of an international process that saw the participation of G20 government leaders and heads of state, as well as invited countries and representatives of various international and regional organizations. The event closed a process that started a year ago and saw the participation of various engagement groups.

The Civil20 is one of these official engagement groups, it gathers more than 550 civil society organizations from all over the world with the objective of monitoring and influencing the G20 process by providing recommendations from the perspective of civil society. It is articulated in working groups, and AIDOS was charged with the coordination of the Gender Working Group along with the Argentinian NGO FEIM (Fundación para Estudio e Investigación de la Mujer).

Because of the ongoing pandemic, global health was a central topic of this year’s G20, therefore it is no coincidence that the first document produced by the Civil20, jointly with Labour20, was a statement on the vaccine intellectual property rights waiver (TRIPS Waiver), presented to the WTO by India and South Africa and opposed by many governments of the Global North. The support to the TRIPS Waiver has been manifested again in a joint statement, this time endorsed by Women20 as well. On the occasion of this year’s Italian presidency and with the collaboration of the European Commission, the Global Health Summit was held in Rome on May 21st. The Summit led to the “Rome Declaration”, a set of guiding principles to avoid future global health crises, that nevertheless presented weak commitments on gender issues, leaving the needs of women and girls, as well as LGBTQI+ individuals and marginalized communities, who experience intersecting forms of discrimination, unmet, as reminded in this communiqué by the Gender Working Group.

Inequalities were another key issue, specifically gender inequality, as they are exacerbated by the ongoing pandemic crisis. In this context, some political decisions were particularly worrisome for their repercussions on the rights of women and girls. In March 2021, Turkey declared its withdrawal from the Convention of the Council of Europe on preventing and combating violence against women and domestic violence (Istanbul Convention), creating a dangerous precedent and posing a serious threat to current and future treaties promoting women’s human rights, as reminded in the C20 statement proposed and drafted by our Gender Working Group. Another worrying event was the end of the US occupation in Afghanistan and the return of Taliban to power, which showed the need for greater international support for human rights, especially women’s and girls’ rights, as reiterated by a seven point statement issued by the C20 on the initiative of the Gender Working Group.

Another fundamental theme in this year’s G20 was digitalization, a process made even more pivotal by the pandemic and the opportunities it holds for accessing education, job opportunities, trainings, and more in general the promotion of women and girls’ empowerment. This is what the Gender Working Group highlighted in this communiqué, shedding the light on the need to eliminate online violence and make digitalization a tool of agency for women and girls, whose presence online can counter different forms of gender based violence.

Moreover, this year the G20 organized its first Ministerial Conference on women’s empowerment, held in Santa Margherita Ligure on August 26th. AIDOS participated to the conference by joining the panel on STEM, financial and digital literacy, environment and sustainability and by presenting recommendations.  The Gender Working Group presented a bold but necessary proposal to the C20 by requesting, through this statement, the institutionalization of a gender ministerial meeting and working group within the G20. The validity of this request was backed up by Business20, Women20 and Labour20 who endorsed the document.

To have further information on the specific recommendations on gender, divided in different subthemes, presented to the G20 presidency, we invite you to see the Policy Pack, that incorporates the work of every Civil20 working group, and the Civil20 final communiqué.