Two online talks: How to talk about FGM! | Aidos

Two online talks: How to talk about FGM! 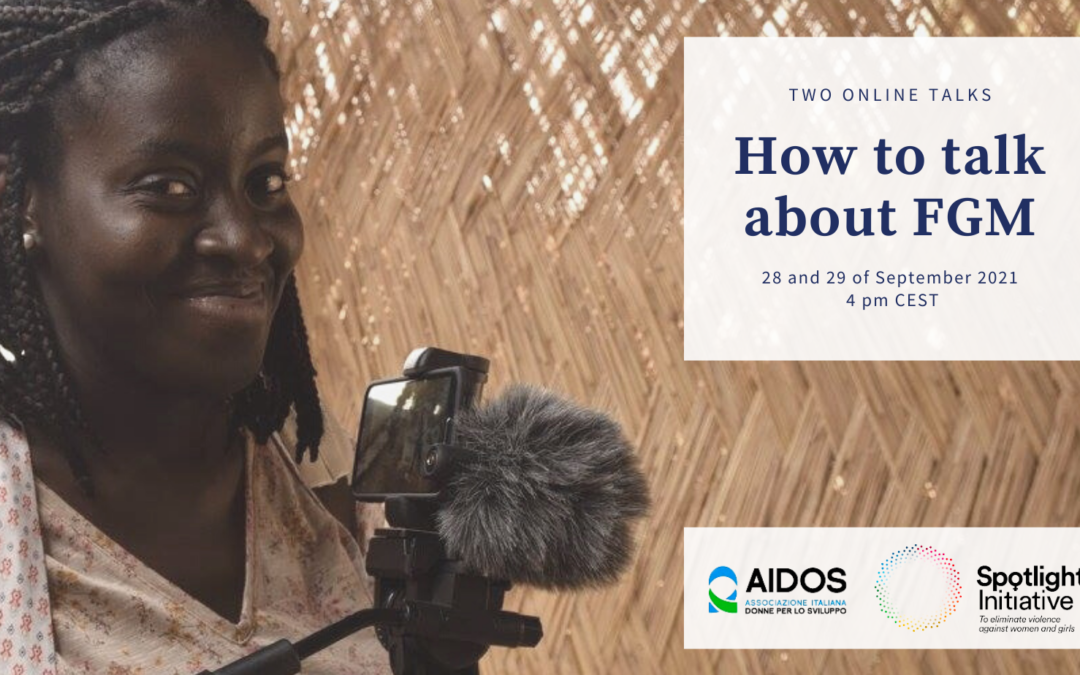 How media can be used to promote the abandonment of FGM? Which are the main barriers? Can we imagine a different narrative around FGM to inspire change?

AIDOS is organising two online talks (one in English and one in French) to discuss this with activists and journalists who have been using radio and video, reportage and storytelling to promote the abandonment of FGM.

28 of September, 4 pm CEST
How to talk about FGM
moderated by Celine Fabrequette
with:
– Charity Resian Nempaso, co-director of the film Against All Odds
– Mariya Taher, co-founder and US executive director of Sahiyo

The online talks will kick off the thematic discussion on Media and FGM that will take place on the CoP on FGM starting from the 28 of September. Not a member yet? Register here.

The event is supported by the UNFPA-UNICEF Joint Programme on the Elimination of Female Genital Mutilation and Spotlight Initiative to eliminate violence against women and girls funded – project “Building bridges between Africa and Europe to tackle FGM”.

This website uses cookies to improve your experience while you navigate through the website. Out of these cookies, the cookies that are categorized as necessary are stored on your browser as they are essential for the working of basic functionalities of the website. We also use third-party cookies that help us analyze and understand how you use this website. These cookies will be stored in your browser only with your consent. You also have the option to opt-out of these cookies. But opting out of some of these cookies may have an effect on your browsing experience.
Necessary Sempre abilitato
Necessary cookies are absolutely essential for the website to function properly. This category only includes cookies that ensures basic functionalities and security features of the website. These cookies do not store any personal information.
Non-necessary
Any cookies that may not be particularly necessary for the website to function and is used specifically to collect user personal data via analytics, ads, other embedded contents are termed as non-necessary cookies. It is mandatory to procure user consent prior to running these cookies on your website.
ACCETTA E SALVA